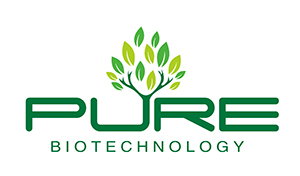 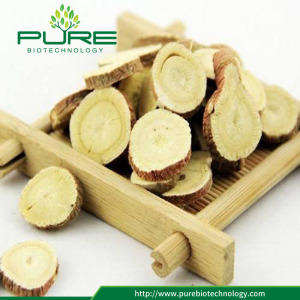 Licorice root is a kind of rich value spice tea, both western and traditional Chinese medicine are using it. Licorice is used as expectorant, antitussive effects and additive in sweetness since the ancient Greek. In traditional Chinese medicine industry, licorice root is described as the most effective raw herbs in all Chinese Medicine for strong bones and muscles, increasing strength and drug treatment of trauma. 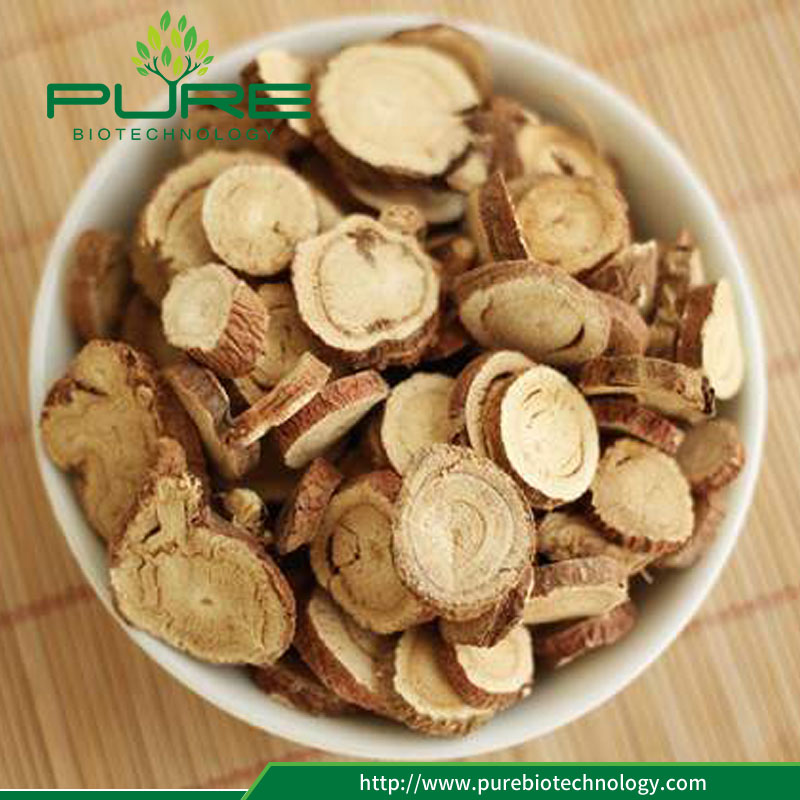 The word "licorice" refers to the root of a plant called Glycyrrhiza glabra. It`s native to Europe and Asia. The plant is actually classified as a weed in those areas.

The early Egyptians loved licorice root. They used it in tea as a cure-all concoction. Licorice was later imported to China where it became an important herbal tea in Chinese medicinal tradition.

Read on to learn about the health benefits of licorice root.

Licorice root is used to soothe gastrointestinal problems. In cases of food poisoning, stomach ulcers, and heartburn, licorice root extract can speed the repair of stomach lining and restore balance. This is due to the anti-inflammatory and immune-boosting properties of glycyrrhizic acid.

One study found that glycyrrhizic acid can suppress the toxic bacteria H. pylori, and can prevent it from growing in the gut. There is also research that`s shown people who have peptic ulcer disease, heartburn, or gastritis had improved symptoms when taking DGL.

DGL is the safer form of licorice and can be taken long-term if needed.

Licorice is recommended to treat respiratory problems. Taking licorice as an oral supplement can help the body produce healthy mucus. Increasing phlegm production may seem counterintuitive to a healthy bronchial system. However, the opposite is true. The production of clean, healthy phlegm keeps the respiratory system functioning without old, sticky mucus clogging it.

4. Protects your skin and teeth

Topical gels containing licorice are recommended for treating eczema. Licorice can be a successful dermatological treatment due to its antibacterial properties. For that reason, holistic health practitioners often suggest applying licorice to tooth decay to kill bacteria.

Licorice extract is the most commonly found form of licorice. It`s used as a commercial sweetener in candies and beverages.

Licorice extract consumption by an individual should not exceed 30 mg/mL of glycyrrhizic acid. Ingesting more could cause unwanted side effects.

Health food stores and online specialty retailers sell licorice powder. Combined with a gel base, it can become a topical ointment that clears the skin.

In its powder form, licorice is especially helpful in treating eczema and acne. You can also pour the powder into vegetable capsules and ingest them orally.

The recommended dosage of licorice root is less than 75 milligrams per day, according to World Health Organization (WHO) guidelines.

Licorice plant leaves, dried and crushed into a tea, have become popular. You can purchase these teas at supermarkets and health food stores.

Teas are used to promote digestive, respiratory, and adrenal gland health. When you see herbal teas for [bronchial wellness" and [cleanse and detox," they usually contain forms of licorice.

The popular throat remedy known as Throat Coat tea is a combination of marshmallow root, licorice root, and elm bark.

It`s not recommended that people ingest more than 8 ounces of licorice tea per day.

DGL is licorice with glycyrrhizin removed, which is a safer form. DGL should contain no more than 2 percent glycyrrhizin. This form is recommended for gastrointestinal symptoms as long-term intake may be needed.

DGL is available in chewable tablets, capsules, tea, and powder. Consume no more than 5 grams of DGL per day.